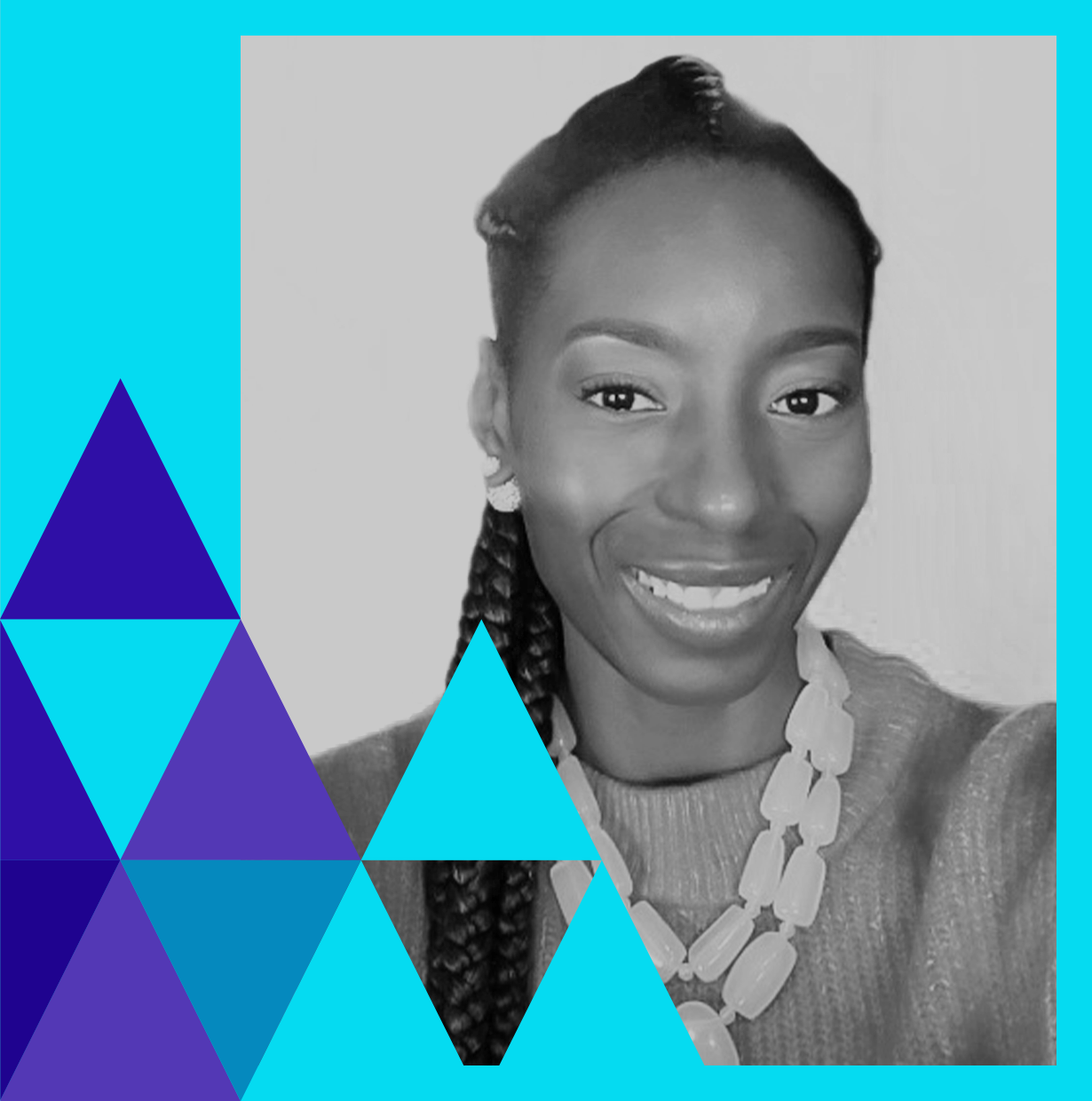 This article is available as an audio experience.

I'm Lillah Penddah, and I am the Founder and creator of AFRO FACTS, a game that provides Black history education in an alternative way.  Throughout my schooling, I noticed that I didn’t learn anything about Black history. It was interesting that there was a whole month dedicated to Black history, but I was not being taught about it. With this in mind, I took it upon myself to educate myself and my friends about Black History. I started with an oversized laptop and a piece of paper with about 20 questions, and I would ask my friends questions point-blank. I was quite surprised to find out that they did not know the basics of Black History and little about Black pop culture. It was certainly a little frustrating at the beginning because I could not understand how they could not know. But what I had to keep in mind was that I was the only person of African descent in our friend group at the time and since Black History was not being taught in the classroom why would they place the same value on it as a person that was Black? This would propel the development of my game. It was also a great opportunity for me to reconnect with my own culture and my own people.

Each year, I would create a new version of the game and play it with my friends, and then utilizing their feedback, the game would evolve into a new version for the following year. Each year there was a different theme to keep things interesting. We had the Ghana edition, the Southern edition (US black history), the Bigger, Better, Blacker edition, as well as the Caribbean edition, to name a few.

The intention here was to create a safe space where my friends and I could come together to learn and engage in conversations about Black history and culture.

It turned into an annual cultural event, where, based on their feedback, I would create a study guide that I would provide my friends with at the beginning of February. Then, at the end of the month, I’d invite them over, my mom would make a traditional African meal, and we would play the game. It was an opportunity to immerse my friends in African culture for an evening. Over time, as the game and my event grew in popularity, more of my friends started to come over and participate. I eventually reached the point of producing this production every year for 25+people at my house. I had a captive audience and through that audience and good word of mouth, I also started facilitating the game for the Student Association at NAIT.

Answering the call of the world

As a single individual putting these productions together, I eventually reached a point of burnout and ended up taking a 7-year break. Although I would toy with the idea of bringing the game back, in addition to my friends suggesting I also bring the game back, it was the Black Lives Matter movement in 2020 that spurred me to action. I felt the call of the world. The pandemic hit and suddenly, we could hear a pin drop - we couldn’t hear that before with all the noise, and hustle and bustle of life, and people were seeing and hearing things they hadn’t before. The voices of the Black Lives Matter movement were louder than ever, and I could not ignore them. It’s not that there weren't protests before. It's not that we hadn't heard about these things happening before, but now because the world was a little bit quieter, the voices of the many were louder, and the minds of the world’s people were more open to hearing the truth of the matter.

I was coming back with this new perspective and seeing that the world was more prime than ever to receive this information, it felt like a natural time to bring the game back. I was able to see the bigger picture in the sense of what was once small; something I was just doing with my group of friends could be applied on a larger scale and truly have an impact.

That's when I dove deeply into the entrepreneurial aspect of the game, asking myself ‘how do I take what I've created here and share it with the world.’ I've been blessed with the opportunity to connect with Innovate Edmonton. This connection would provide an incredible amount of support and quite literally fell out of the sky onto my head and said, ‘Hey, we can help.’ It’s so interesting and serendipitous as to how that worked out because although I had an amazing support group in my friends, who over a ten-year period got me to a certain point with my game, Innovate Edmonton provided that next-level support needed to take the next entrepreneurial steps. To see others that did not know me also see the value in what I was doing was very affirming for myself, helping me find the confidence to say, ‘yes, this is something that can, in fact, be done.’

Innovate Edmonton was so amazing in not only affirming me with their statements of ‘we really love what you're doing here,’ but they were also great in helping me make valuable connections with other Black organizers and entrepreneurs. The wealth of support from the community and from BIPOC communities has been instrumental in allowing me to feel like everything is possible. I started spending time at the Africa Center and with the Black Team Member Network at my own day job to get a sense of what Black community members were looking for, what they wanted to see, and what was most important to them. It's not just about Black history, that's the starting point for me, the bigger picture is BIPOC people and how do we go about creating awareness for everybody in that mix.

I truly believe when we know better, we do better. Increasing our awareness allows us to not only understand more about each other but also exercise more empathy and compassion towards each other.

I want to create a business structure that's long-lasting. And if truth be told, this is outside of my scope of knowledge, and a whole new animal that I would need to attack. All the new information I received from the community, especially from people that don't look like me, really speaks to the value that other people are seeing in my game and what I am doing. That feedback has been priceless on all levels for me. Even when I heard that Innovate Edmonton supports tech-based companies, my mind went to ‘I'm not exactly heavily in tech’ but what they presented to me as an idea was, “How can technology enhance the game? How do you intend to scale up? How do you intend to touch more people so that you're a little less involved and people can facilitate the game on their own? It was EXACTLY what I needed. People that could see beyond what I could see for myself, helping me create my big picture, believe it in, manifest it, and bring it to fruition.

I can’t say enough good things about being a part of the Alberta Catalyzer pre-accelerator program. The amount of clarity and direction they have provided came at the exact right time that I needed it. The coaches are experts and are truly master facilitators of social interaction, networking, and education. We do a lot of breakout rooms during our classes, where I can also connect with other entrepreneurs, so I am constantly getting different perspectives. I’ve taken online tech courses to gain my own personal knowledge, but the Catalyzer is so much more than anything else I've ever been a part of. I'm now collecting that information in a structured way that will allow me to use it to further evolve my game. To be apart of the first cohort is such an honor at the end of the day because it says that they see value in what I'm doing, in the same way, I see value in what they're doing. We mutually have a vested interest that can only lead to success.

Driven to make a global impact

I've lived a very blessed life. My group of friends are people I connected with in ninth grade and still hang out with to this day. That’s over 20 years of being around people that have gotten to see you grow - I will scream it from the mountaintops, they will always get credit for the game being where it is right now. Although I grew up in a predominantly white neighborhood, a predominantly white school, I did not experience racism daily. Having that cocoon around me really kept me from having to experience the worst of the racism in the world. However, it doesn't mean you don't get microaggressions. It doesn't mean you don't have little things that happen here and there. When things did happen there would definitely be an in-shock moment where you are digesting what has occurred and then having to decide what you are willing to risk in holding someone accountable. It has been interesting over the last two years with BLM and everything else that has been going on because it has presented an opportunity for my friends to show up for me. Not because I didn’t know where they stood on the matter at hand, but to verbalize their support in a way that was different than before. The world has changed, the support I needed also changed, and they showed up. I am forever grateful for them caring enough to ask questions, acknowledge when they make missteps, and continue to learn together.

Like any entrepreneur, there are still certainly times when I ask myself ‘Is this going to work? Should I keep going? Should I get off the train?’ But at the end of the day, this game is my baby and I believe in what we can do together. Not just by way of providing Black History education, but also by way of changing the world.

The way I intend to do that is by creating a safe space for people to be able to come with an open mind, compassion in their hearts, and curiosity and talk to each other, because we are so much more similar than we are different. What I've learned through my own experiences is, you can't assume people know your experience or will be able to truly understand what that experience is like,' What we can do is create opportunities for honest and clear communication on race issues, the Black experience and the things that persist for all people of color and what they're going through. I firmly believe that if we take the time to increase our awareness around systemic racism, prejudice, and the true history of our country, we then gain the ability to then choose who we want to be and how we want to act going forward.

Black History is OUR history.  Racism IS systemic, and we DO have the power to change ourselves and the world.

To learn more about AFRO FACTS, or if you would like to connect with Lillah, you can find her on LinkedIn, Facebook, as well as on Instagram @bakingwithempowerment, where she brings her love of coaching, Black history, and baking, together.