Catching up with Growing Greener Innovations 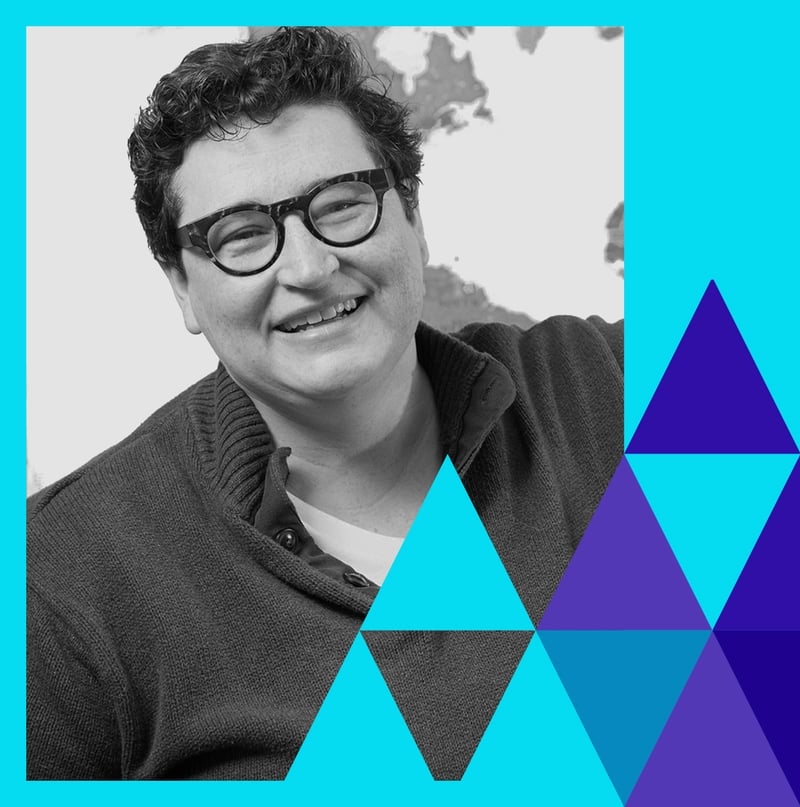 Innovation is so much more than simply creating something new, it is about discovering new and better ways to solve the many challenges facing people and the environment.

This month, we caught up with Connie Stacey, the always energic, energy leader, and inventor of the GRENGINE™ power system—an award-winning battery energy storage solution for residential, commercial, and industrial customers.

Entrepreneurs are often featured as “overnight successes”; however, the reality is most of these overnight successes are ten years in the making. As an LGBTQ2S+ women entrepreneur and leader in deep tech, Connie chats about advice she would have for herself when she just started.

“You may not remember me in 20 years but hopefully you’ll know the change” – Connie Stacey, Founder and President of Growing Greener Innovations

How is Growing Greener innovating?

If you want to end poverty, you must end energy poverty.

Every day, billions of people worldwide go without proper access to power they need. When I looked globally, I started to understand how access to power was consistent with people's needs no matter where they were in the world. We created a system that would allow us to bring renewable energy to areas that were most energy impoverished – the GRENGINE™, which by the way, is just a combination of the words “Green” + “Engine.” Creative and trademarkable.

When did you get started? OR when did you decide to pursue the idea behind Growing Greener Innovations?

I didn't start the business right away. I researched, thought about it more, researched some more, and continued to work in Information Technologies at my employer. And when I really started to understand the global picture around energy poverty, I decided that I had an opportunity to use a business to create an economic opportunity to support these equality issues that I think are so important. So, over a couple of glasses of wine one evening, I said:

“Maybe if you want to change the world, you have to win the game and make your own damn rules.” That's what I set out to do because I think it's something that people need.

Many entrepreneurs ask themselves the big question “do I quit my job and go full-time into this?” or “does this have enough traction to keep going?” At what point did you make that call?

I knew I had a market. The trouble for me was finding funding and a way forward without going completely bankrupt. I really couldn't afford to lose everything I’d worked for, but I also really believed in what I do. So, I really got creative and kept going.

I think sometimes persistence is the entrepreneur's best friend. Looking for another way. Another angle, or different approach to things. Just because somebody's done it that way in the past doesn't mean we need to do it that way in the future.

We had a pivotal moment in the summer of 2018. There's this contest that the US Department of Defense puts on anybody from around the world can apply. There's no prize. It's just showing off your innovation. We won the Innovation Award, and that’s what really started to change people's opinions. People started to take us a little more seriously.

What is one thing every entrepreneur needs in their personal “toolkit”?

I tried to please everybody in the early days and that doesn't work, especially an entrepreneur. There are so many people with so many ideas and so often people don't take you too seriously until you get a little further along. And then I realized, I'm not a fool. I know what I'm doing. I understand the technology I'm working with and I'm going to trust my instincts and I stopped needing their approval. And then things just picked up.

You’ve built an impressive career, tell us more about why volunteering and giving back to the community has always been an important part of your life.

When I was young, I always wanted to volunteer and spend my time working on things related to equality, whether that diversity in terms of the LGBTQ2S+ community, I’m openly gay, women's rights or anything that I felt was not equal.

When I talk to people that are Generation X, that's me, or older, I always out myself, because I think it's important to widen the path and make it easier for the people that come behind you. And then I'll be talking to students and I'll say “…yeah, and I'm gay” and they’ll be like “and?” Because they don’t care. It’s beautiful. To me, it was a wonderful sign of how far things have come.

And obviously, I’m a silver lining person, but I also think there's so much potential in the younger generations. I get to say younger generations because yeah, I'm 48. And I'm totally old now. Do we have a long way to go? Oh, hell yeah.  some days it's it feels like a pretty heavy load that we're all trying to move, but there's a really good reason.

We’re chatting during Pride month and as an award winning LGBTQ2S+ innovator and leader I was curious what challenges, if any, you’ve had to overcome on your journey?

I think the bigger experienced challenges were probably more from being just a woman rather than being part of the 2SLGBTQ+ community. There were a lot of people and a lot of scenarios that I ran into where unconscious bias played a factor. And some quite frankly, where it was flat-out sexist, and you hate to hear it.

I've had people ask about my innovations, "who really invented it?”, looking for the guy who they think is running the show behind me. It's real hit ego-wise when people ask those questions, but thankfully, for every one of those people, there would be 10 people who were ecstatic. We’ve nicknamed them "Grengineers”—raving fans who, don't even necessarily understand the technology, but they love our mission, and they go out and they promote it.

If Connie had a flux capacitor and a DeLorean, what are two things she’d tell herself to find, build, or trust?

Don't ignore your instinct. There were a few things that have happened along the way that I truly wish we had avoided were times when I didn't trust myself, I think instinct is your subconscious brain putting together the pieces and telling you, “Okay. Something doesn't fit here.” If it doesn't feel right, the chances are it isn’t right.

Find the people who help you keep your chin up. You're cheerleaders, right? Like the people who they're there for you night and day, no matter what, and lots of times they're not necessarily tech people, they don't necessarily get it, but they're there for you. I had a couple of those in my life and they're wonderful people. One of them of course is my wife and another is a good friend that I grew up with, and they believe in me. And that kind of support and having the right circle right is it's worth its weight in gold.

What’s next for Growing Greener?

We have multiple demonstration projects going on. I feel like I'm drinking from a fire hose! But we have one with the Canadian Department of Defense right now, and soon, we’ll move on to a full demonstration for a mining project in the northern prairies, where we'll be minimizing the use of diesel generators and helping to keep production up and running. Also, I can’t say who yet, but we also have another big project coming, with a very beautiful five-star golf resort doing several renewable systems.