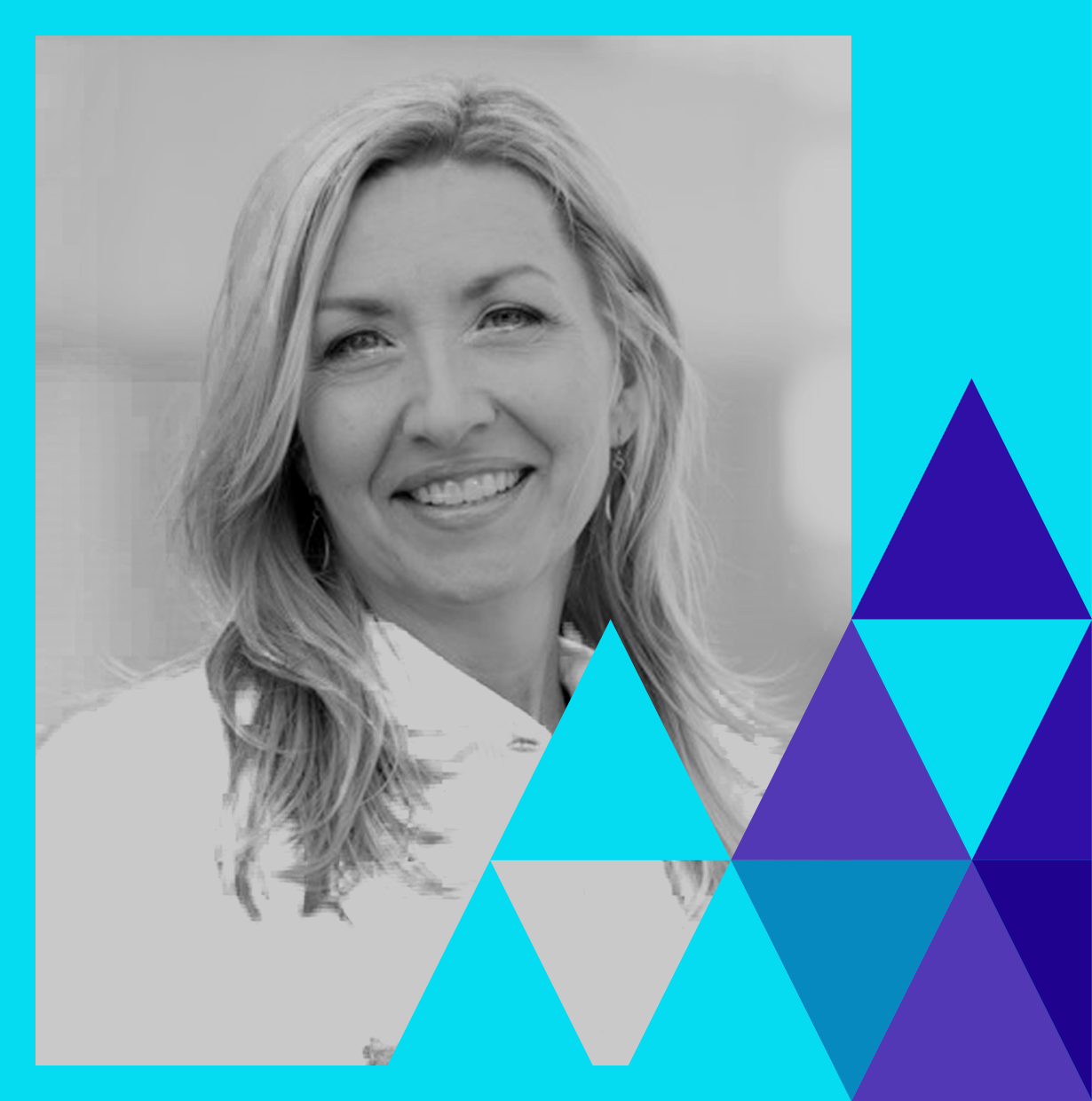 Throughout her 20+ year career, Dr. Jana Rieger has held various titles, including Clinician, Professor, Researcher, Author, and CEO and Co-Founder of True Angle. Specializing in head and neck disorders, Jana is a global leader in health research and works to create accessible solutions for those suffering from Dysphagia, also known as having difficulty swallowing.

Entrepreneurialism has been a familiar concept for Jana as her father relocated their family from Saskatchewan to Edmonton to pursue a new business venture of opening restaurants, which grew into a large, thriving business. In the essence of her father’s ambitions, Jana’s draw to the business world was realized as she started her post-secondary education journey.

"My family had that entrepreneurial spirit from my dad, whereas my mom was more of the conventional type –you go to university, get a secure job. So, I was always torn between those two things. After my first degree, a Bachelor of Science with a specialization in Speech Pathology, I worked for a while, but I was always drawn to business. There was always this pull."

After completing her PhD in Rehabilitation Science, Jana became a Clinician Researcher at the University of Alberta and the Institute for Reconstructive Sciences in Medicine, where she created a clinical program from a blank slate, working with patients who struggled with severe swallowing problems; a condition over 500 million people suffers from globally due to common medical conditions such as stroke, Parkinson’s disease, or head and neck cancer.

Thinking about how I grew up, as a so-called ‘restaurant-rat’, I was always in restaurants and loved food. That was a huge part of my family life, and then I found myself working with people who couldn’t eat, or have the pleasure of socializing around food, or enjoying good food. It became my mission to fix this.

From the labs at the U of A, Jana’s passion for business and helping others live their best lives, birthed the launch the Mobili-T®, a wearable, remote device with biofeedback technology, designed to help patients with swallowing disorders. The Mobili-T® allows patients to practice exercises from home while receiving real-time feedback about their muscle activity.

The creation of the Mobili-T® sparked the big question of “how do we get this into the hands of patients”, and Jana quickly learned she needed a way to commercialize so she started her own business: True Angle.

"There’s this valley of death people talk about between academia and commercialization. We developed this beautiful thing in the lab that wouldn’t get into the hands of patients. [Starting True Angle] took a leap of faith. There was fear and trepidation. The experiences I had in academia, like setting up a lab from a blank slate, felt like the same situation. Money makes the world go round, and money makes research happen, and a business happen. I knew how to get money for research. But I had to figure out how to get money to start a business. That was the valley I had to figure out how to jump over, and it took a village."

Since 2014, Jana and the True Angle team has raised over $2.6M in angel and VC funding, has recently expanded into the US market, and was named the 2021 National Angle Capital Organization (NACO) Edmonton Startup of the Year, recognized for their strong business strategy and growth. In the last year alone, True Angle secured $270,000 at the Startup TNT Investment Summit, doubled their team size, and partnered with Varian Siemens Healthineeers on a project that is starting now in Alberta.

"It’s almost like this thing of…success breeds success. Winning the [Startup] TNT competition was really important for us. It’s a grassroots movement, and it showed that there was a lot of street cred for what we were doing. It set us up to bring in more success. I could not be happier with what happened in the last year."

True Angle has also joined Innovate Edmonton’s ERIN Coach Program, to help them grow to their next milestones and receive industry-specific business coaching.

“The ERIN program has been really fantastic for us. The first coach we were awarded, Colin McWhinnie, I say awarded because it feels like an award, was massively important for us in Sales. We needed help in that area, and he helped us figure out what we needed to do next, and how to set us up for success. An example, in TNT or in the seed round that we were raising, [Collin helped us craft] the right messages for investors about how we were approaching that. So that was important.”

True Angle is also receiving support from a second and third coach through the ERIN Coach program, who helped them in the areas of digital marketing strategy and finance, respectively.

"[The ERIN Coaches] helped us with the things we knew we needed, and they also helped us see what we didn’t know we needed. The amazing thing was that we’re asked, as entrepreneurs, where do you think you need help? So, you really did get somebody who could just drill down into that rather than getting, a general entrepreneur-in-residence who maybe has a lot of different knowledge, but not that specific one that you had identified as being critical. That’s what I love about the ERIN program, it’s focused to what entrepreneurs need."

Innovating in the health space

“Innovating in the health space is particularly unique. The number of stakeholders you have and how they all interrelate is huge. You have clinicians who are going to prescribe it, administrators who are going to pay for it, regulators who are telling you what to do, all working together. So, I mean, it's hard navigating those waters.”

The health space continuously shifts, and with the pandemic, has moved at lightening speeds. With big tech players like Amazon, Apple, and Microsoft moving into healthcare sectors, digital transformation in health is growing increasingly critical, ultimately impacting the scaling efforts of startups and scaleups in the global health space.

“Really big companies are getting into healthcare, and we are in for unique ride with what this means to us as human beings, receiving health care. Their influence on how health is delivered, and how it's paid for is going to be massively disruptive to how we know healthcare today. It really is a changing space, and you have to keep your eye on it, and we have to develop our own products so that we fit in with the way this high-speed train is moving down the tracks.”

“I think a lot of people think that innovation has to be like a lightning bolt idea that no one has ever had before. I think innovation is taking something that exists and reimagining it. You often see different applications from different industries implemented into medicine, such as 3D printing. We’ve changed the use and the form of the Mobili-T, we took something that was huge and unavailable, and miniaturized it and made it mobile. To me, that’s innovation."

The Mobili-T® has documented over 35,000 swallows completed and is trusted by patients and clinicians in 24 US states. Jana reflects on her growth, and what success means to her.

“When we hear stories like a customer in New Jersey, who’s gone from taking five hours to drink a cup of coffee to 15 minutes, or somebody who couldn’t eat anything by mouth, and now went out and had a Sonic burger. Those are amazing stories that are so exciting for us.”

“There was a time where we shared one of [these] stories with someone from the tech team, who said, ‘Oh my gosh, thank you so much for sharing that because, here I am, writing code and it just makes that so much more worthwhile.’ The True Angle team really listens to what's happening out in the market and says, ‘Okay, here's what we're going to do, and we are going to be quick and get it done’. We have an amazing team. I am so proud.”

A bright future ahead

Following an exciting year, Jana, and the True Angle team look forward to 2022 and what’s to come. Market traction and expansion are two things Jana identifies as the focus for the coming year.

“We’re really excited. We’ve started a community of users, and I think nice things happen when community comes together around technology. We have some new ideas that are coming from that.”

Soon to come for True Angle, is the launch of their very first podcast, themed around health at home, care, and technology.

“We’ve recorded six interviews so far with some really fantastic guests. And I think it's going to be really exciting for us to just raise awareness about digital technologies and having them in the home so that people can be healthy on their own terms and, and really be empowered by what they're learning about themselves through these technologies.”

Reflecting on her personal journey with True Angle, Jana highlights being extremely motivated by the mission of True Angle, and how the technology is helping people globally live their best lives.